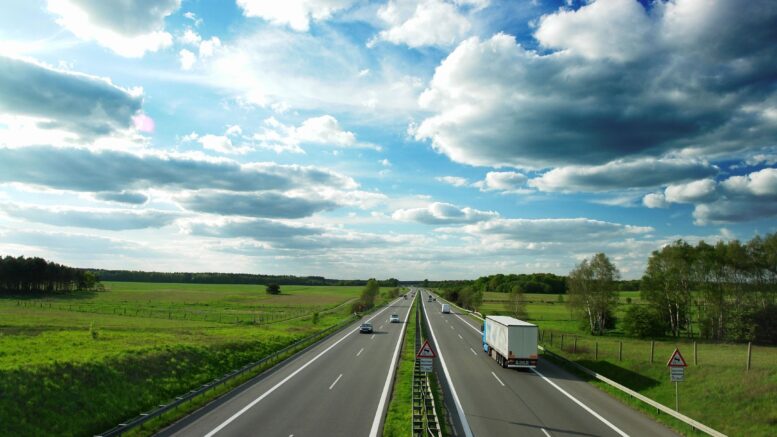 “Every week is infrastructure week!”

That is the running joke in Washington, DC as Congress and the administration have been hard at work formulating a comprehensive infrastructure package since President Trump’s inauguration in January of 2017. The Trump Administration, House, and Senate have all released different funding priorities for a Fixing America’s Surface Transportation (FAST) reauthorization bill, which is set to expire in September.

Trump’s $1 trillion infrastructure plan , the $760 billion House infrastructure plan, and the $287 billion Senate Highway bill (S.2302) all take different approaches to  providing funding to improve the dire transportation and infrastructure situation in the United States, but none offers a plan for how the legislation will be funded. The political near-impossibility of a gas tax increase has led some to consider new funding structures, including charging drivers for the miles they drive rather than the amount of fuel they consume. This approach, referred to as a vehicle miles traveled (VMT) tax, a road user charge (RUC), or a mile-based user fee (MBUF), is being considered by states as a supplement or a replacement for current per-gallon fuel charges.

As the funding debate plays out at the federal level several states have already implemented pilot or voluntary programs that charge users an annual flat fee to owners of cars using alternative fuels. The National Conference of State Legislatures (NCSL) has collected data and information from various per-mile programs across the country. Below is a map that the Oregon DOT compiled indicating which states have completed RUC pilots, which states are considering or planning RUC pilots, and which states are actively monitoring the topic either via their department of transportation, state legislature or another agency.

NCSL has also gathered information on regional efforts and RUC coalition groups. Two regional groups of states, RUC West and the I-95 Corridor Coalition, have coordinated efforts and resources around RUC issues to leverage resources for educational opportunities and to focus funding efforts. Membership for both coalitions are below:

Significant concerns remain over issues such as privacy, how the fee would be collected and how efficient that collection would be, and concerns about the federal government’s capacity to roll-out a national program. Either program would require passenger vehicles to be tracked, whether through odometer reading, radio-frequency identification (RFID) readers, or onboard devices. Depending on the tax or fee structure, the time and location in addition to miles traveled may need to be captured. The idea that every location and mile traveled in your personal vehicle being tracked, recorded, and captured by the federal government may be unsettling for some.

These concerns will have to be addressed before a nationwide program becomes a political possibility, but regions and states are taking the lead in testing this important new technology. Below are four states that showcase different approaches to per-mile charges:

Oregon began its RUC journey in 2017 and is now the only state with a permanent RUC program. Oregon drivers are highly encouraged to enroll in the state’s RUC program called OReGO. A typical electric or high-mpg vehicle driver pays two to four years’ worth of registration fees in advance when purchasing a car or renewing their registration. Oregon House Bill 2017, or “Keep Oregon Moving,” will be making increases to these fees in 2022 and 2023 to respond to expected increases in vehicle performance. This could lead to a combined up-front registration fee of hundreds of dollars. If these same drivers enroll in OReGO instead they would not have to pay these registration fee increases. They would only pay the base registration of $43 per year plus the road charge of 1.8 cents per mile.

The Utah Department of Transportation (UDOT) began work on implementing their RUC in 2018 when two laws passed through the state legislature (SB 136 -2018 and SB 72 -2019) directing UDOT to implement a RUC process by 2020. SB 72 fiscal note appropriated $755,000 for the program’s initial setup and an additional $115,000 each year for employee operations. It is unclear when this funding will stop, but UDOT anticipates that RUC revenues will begin to fund the program by 2025.  In addition, the state received a $1.25 million federal grant from the Federal Highway Administration’s Surface Transportation System Funding Alternatives (STSFA) Program for a study on the program’s success over the next five years. Users will be charged 1.5 cents per mile driven until the accumulated total matches the annual flat fee. In 2020, the flat fee for electric vehicles will be $90. This is significantly less than the $187 average annual state gas tax payments vehicle owners paid in Utah in 2019.

The California State Transportation Agency (CalSTA) managed a road charge pilot program through the California Department of Transportation (Caltrans) by working closely with the California Transportation Commission, the Road Charge Technical Advisory Committee (TAC), and additional external stakeholders throughout California. From July 2016 through March 2017, 5,000 vehicles statewide reported in excess of 37 million miles, according to the program’s full report. California’s now completed road charge pilot program was a voluntary effort that relied heavily on Oregon’s experience. Unlike Oregon’s program, this pilot was conceptual in nature and no actual financial transactions took place.

Jessica joined NARC in 2019 as an intern and now serves as Program Assistant. She is responsible for assisting in the preparation of two weekly newsletters, writing blog posts for the Regions Lead Blog, performing legislative research on issues relevant to the work of NARC members, assisting in advocacy needs including social media, supporting the organizational transition to a new AMS system, and helping to manage the internal grant billing process.
All Posts »
Facebook
Twitter
LinkedIn
PrevPreviousCoronavirus (COVID-19): Resources for Regions
NextNARC Analysis: CARES ActNext