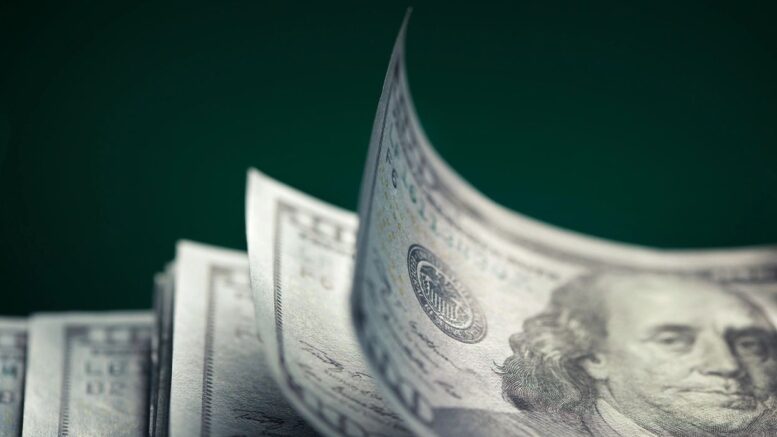 On March 27th, the president signed into law the third federal COVID-19 aid package: the Coronavirus Aid, Relief, and Economic Security (CARES) Act (H.R. 748). This legislation is the most substantial coronavirus relief package released so far, providing the country with $2.3 trillion of aid to counter the physical and economic effects of the COVID-19 pandemic. One snag in this massive piece of legislation is a rule which leaves small and mid-sized communities across the country without direct access to funding.

The CARES Act created a $150 billion Coronavirus Relief Fund to provide payments to states and local governments with populations over 500,000. Each state is guaranteed a payment of at least $1.25 billion from the fund, with money provided to local governments within their borders subtracted from the total that is allocated to them. The amount made available to each state will vary based on their population, and states are not obligated to disperse these funds to localities that are not eligible under the 500,000 population minimum. The Treasury Department has provided a full breakdown of each state’s allocation.

The legislation’s language concerning the 500,000 population threshold has led to a lack of consensus on which counties, cities, localities, and “other unit[s] of general government” are eligible to receive these funds and the Treasury Department has only recently provided further clarification. Both the National Association of Counties (NACo) and the National League of Cities (NLC) have submitted separate letters to Treasury Secretary Steven Mnuchin asking for more direct funding to local governments and clarification regarding the 500,000 rule.

Recent Clarification from the Treasury Regarding the 500,000 Rule.

The Treasury Department has distributed a list of 171 counties and cities/towns that have a population of more than 500,000 people according to Census data. According to the Treasury, consolidated cities and counties and city-counties may be listed twice. For example, Los Angeles County and Los Angeles city are both listed. The Treasury has not specified what happens in the event that a city and county both qualify under the 500,000 rule.  Some are concerned with double counting and its effect on the disbursement of payments. Governments eligible for payments must provide payment information and supporting documentation through the electronic form on the Treasury’s CARES Act assistance webpage. To ensure that payments are made within the 30 day period specified by the CARES Act, governments must submit completed payment materials not later than 11:59 p.m. EDT on April 17, 2020.

The Next Round of Funding Support

In response to small and medium local governments missing out on this massive funding opportunity, a group of House Democrats including U.S. House Assistant Speaker Ben Ray Luján (D-NM), Joe Neguse (D-CO), Andy Levin (D-MI), and Tom Malinowski (D-NJ) have introduced the Coronavirus Community Relief Act to provide $250 billion in stabilization funds for localities with 500,000 people or less amidst the COVID-19 pandemic. The congressmen pointed to the many towns, cities, and counties being left out of direct funding from the CARES Act, highlighting that some of these communities were in areas that had been hit hardest by COVID-19.

In addition to the bill they are proposing, Congressmembers Luján, Neguse, Levin, and Malinowski wrote a letter to Speaker Pelosi requesting that the 500,000 population cap be removed and additional funds be authorized for cities and towns in the next stimulus package from Congress.

As authorities across the country have ordered nonessential operations and businesses to temporarily close, unemployment is skyrocketing and government revenues are expected to drop sharply compared to projected levels. Unfortunately, the CARES Act lacks sufficient funding and flexibility for states and localities to compensate for these revenue reductions. In the next funding package, federal lawmakers should deliver “unencumbered aid” for state and local governments regardless of population to ensure they have the resources needed to address the long-term health and economic concerns of their residents.

NARC will continue to track this situation and provide members with any updates or clarification from the Treasury Department.

Treasury Department: A complete breakdown of eligibility can be found here.

Treasury Department: A full list of eligible counties and cities can be found here.

GFOA Letter to Congressional Leadership Requesting Direct Funding to Local Governments of all sizes in the next funding Package here.

Jessica joined NARC in 2019 as an intern and now serves as Program Assistant. She is responsible for assisting in the preparation of two weekly newsletters, writing blog posts for the Regions Lead Blog, performing legislative research on issues relevant to the work of NARC members, assisting in advocacy needs including social media, supporting the organizational transition to a new AMS system, and helping to manage the internal grant billing process.
All Posts »
Facebook
Twitter
LinkedIn
PrevPreviousNARC Analysis: CARES Act
NextRegions Help Move Earth Day OnlineNext